New Zealand is a very artistic country. Every town and settlement in New Zealand has its history. Together, they form the story of our people, of Maori, Pakeha and other migrants.

In Katikati you can see that history everyday, not in a gallery or a museum, but by walking down the main street. The murals of Katikati are an interpretation of the town’s history.

The Bullock Team, Ken Young, Hamilton.
The Wharawhara catchment, just south of Katikati, was the southern limit of kauri logging in New Zealand. Bullocks were used to haul kauri logs on the Kaimai Range in the first decade of the twentieth century, notably on Cashmore’s Clearing, a plateau near the summit of the Kaimai behind Katikati.

There are many cities and towns filled with arts. For example, we have Napier, a major tourist attraction with its architecture, which draws Art Deco and architecture enthusiasts from around the world.

The hope and optimism of the 20s and 30s is highlighted in the annual celebration of the Tremains Art Deco Weekend in Napier, New Zealand.

Auckland Museum – occupying one of New Zealand’s most distinctive historic buildings – provides a window on cultural and natural history including a fine collection of Māori treasures and Polynesian artefacts, and a war memorial reflecting on New Zealand’s wartime involvements.
Credit: Tourism New Zealand

The small town of Paeroa is located in the Thames Valley is well known for the large Lemon & Paeroa drink bottle displayed on State Highway 2. L&P as it is known, is an iconic New Zealand lemonade drink.

The Lemon and Paeroa Bottle has been on its current site at Ōhinemuri reserve since 2002 and remains popular with visitors.

Miranda is the best site in New Zealand for seeing Wrybill. With nearly half of the population of the endemic Wrybill found at Miranda during part of the year, and with numbers of shorebirds often exceeding 10,000 the Miranda coastline is almost a mandatory stop for any birdwatcher passing by. 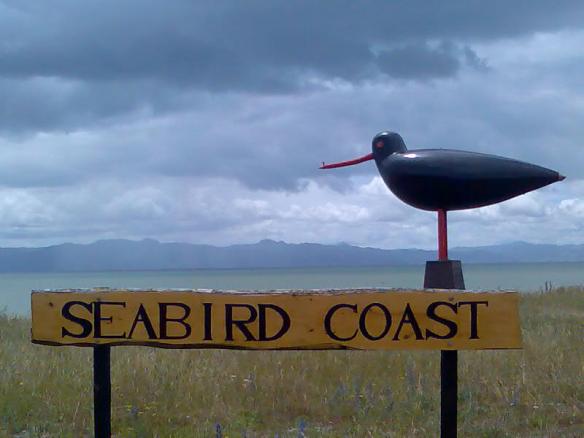 A proud icon of Seabird Coast, near Miranda

These are just a few examples of artistic New Zealand.  Today’s Herald features a giant sized cluster of noodles hanging from a chopstick, an interactive projection of a Chinese ink wash landscape and little bronze cartoon-like statues are among a number of visual displays cropping up on the Auckland streetscape in recent months.

This mixture of street art, some permanent and some more short-lived, are part of a growing push to not just beautify our streetscape but to give it a sense of local and cultural identity.

Advocates for art in the public domain maintained it was more than just decoration, rather it added cultural and economic value to the city, attracting visitors and re-vitalising public spaces.

If you are looking for something natural, artistic and beautiful, New Zealand is a must on your bucket list.  We have got jandals fences and colourful letter boxes too. 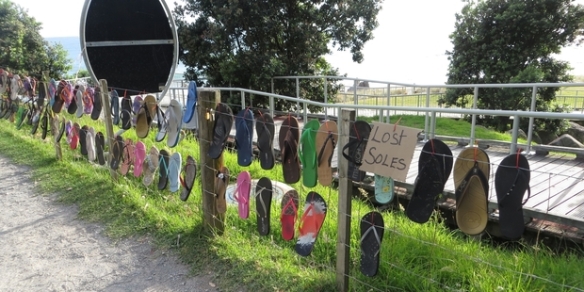 Who can challenge our creativity?