There’s a huge variety of fish species in New Zealand waters, but kiwis are so used to snappers or blue cod and sole fillets that they often do not often explore some of the other types that are sometimes available. I was pleasantly surprised to find skate wings in our local seafood market. 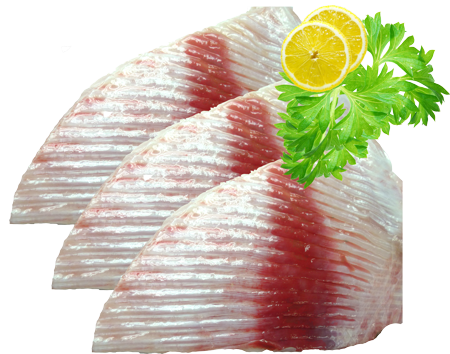 Skate wings look similar to Stingray.  They even taste alike. They are cheap and quick to cook. The flesh is white and firm and when cooked can be easily pulled off the bones in spaghetti-like strips. There are no tiny spiky bones to catch in your throat.

It was not until I blog on this subject that I discovered the difference between Stingray and Skates. The main difference is their means of reproduction. Stingrays are viviparous, which means they give birth to live young. However, skates lay eggs, making them oviparous. Skates contain their eggs in a thick leathery pouch commonly called a mermaid’s purse. The pouch protects the egg until the skate pups emerge.

Barbequed stingray with sambal (sauce made with garlic, chilli and shrimp paste amongst other ingredients) in pandan leaves is an authentic Malaysian Singaporean dish. It is a street delicacy that all locals love and a ‘must try’ for all tourists. The dish is popularly known as Ikan Bakar meaning grilled fish. The edible parts are the wings whereas the other parts are too rubbery for any culinary uses. It must cooked fresh or just one or two days after it is caught, when the smell of ammonia is less pronounced. To enhance the flavor of skate (optional), rinse it before cooking, and let it soak in a mixture of water and lemon juice or vinegar. 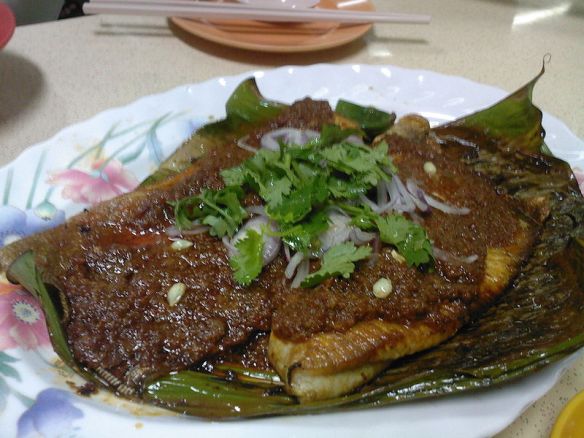 Stingray is a fish related to rays and sharks. They are very distinctive, with flattened, wing-like bodies and the bones are all thick and cartilaginous (made of cartilage rather than normal bone) bones. Most stingrays have one or more barbed stingers on the tail, which are used exclusively in self-defense. Stingrays do not aggressively attack humans, though stings do normally occur if a ray is accidentally stepped on. Sadly however, exactly eight years ago on September 4, 2006 Steve Irwin was fatally pierced in the chest by a stingray spine whilst snorkelling at the Great Barrier Reef. He was swimming over a stingray. The animal felt threatened, panicked and released its barb under the rib cage into the heart. Steve was conscious enough to get the barb out but too late to be saved. Stingray stings are not normally fatal, it was only because the venom was injected directly into his heart that he died. It was a very sad freak accident.

Rest in peace, Steve Irwin. You are fondly remembered.

Finally here is a video on how to prepare a wing of skate or stingray (if you happen to catch one) though seafood markets sell wings all cut and ready-to-cook.

Or if you are adventurous enough, go buy a piece of skate wing and try cooking your own Sambal Stingray.

Have you ever tasted stingray or skates wing?

2 thoughts on “Stingray or Skates”